Imaginary animals are a common theme in the bosses at St Mary's church. They are drawn from many different sources, including bible stories, folklore and perhaps mis-interpretations of real-world creatures from foreign lands.

Explore some of the mythical beasts that appear in our bosses below!

Dragons appear in many cultures around the world, and were a common theme in the stories and literature of medieval western Europe. They are often depicted as four-legged serpent-like beasts with wings and horns, and in many stories they can breathe fire and are exceptionally intelligent.

Dragons were sometimes used within European heraldry as the insignia of a powerful family. They appear in many tales, such as that of St George, who famously kills dragon. More recently, dragons appear in popular books, films and TV shows such JRR Tolkien's The Hobbit and the George Martin's A Song of Ice and Fire (TV's Game of Thrones). 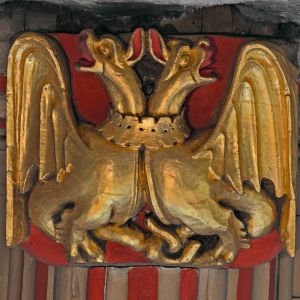 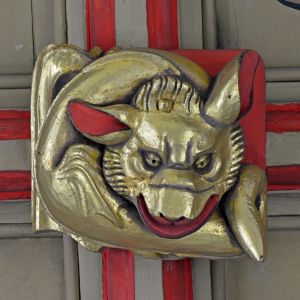 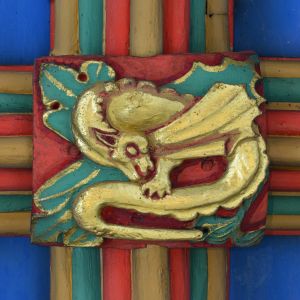 The manticore has the head of a human, the body of a lion and a tail of venomous spines similar to porcupine quills. Some depictions show it with the tail of a scorpion.

Manticores were originally detailed in Persian legends and had similarities to Egyptian sphinxes. They became common in medieval European art, and several examples exist here at St Mary's. 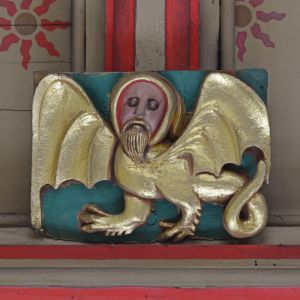 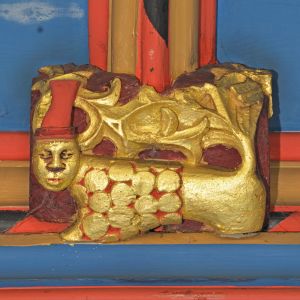 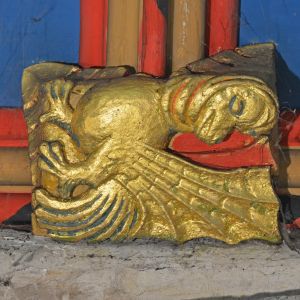 Unicorns are commonly depicted as horse-like creatures with a single pointed horn projecting from the forehead. They feature in early legends from the Indus Valley (modern-day Afghanistan and Pakistan), and were even detailed in ancient Greek scientific natural histories!

The Unicorn also features heavily in medieval European art, often as part of heraldry that distinguished royal and noble families.  However, we perhaps surprisingly only have one example of a unicorm in our bosses. 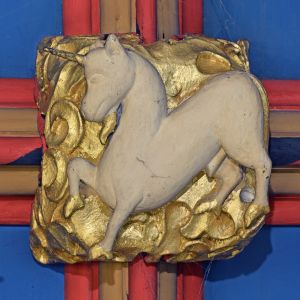 There are many types of winged beasts from myth and legend, and several varieties are depicted here at St Mary's. Some are hybrids of real animals, while others seem to be completely imagined!

Cocktrices and griffins are two of the more common forms of winged beast. 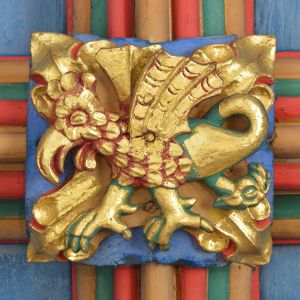 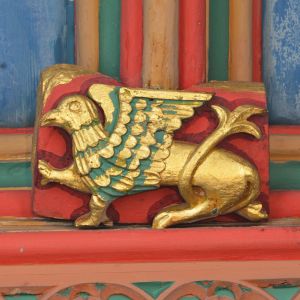 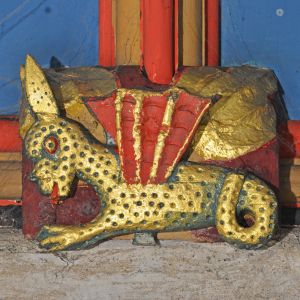 In addition to the more animalistic forms of mythical beast are those creatures that appear to have mainly human forms. These are often known as 'grotesques', and can take many forms.

Some grotesques focus on distorted visions of the face, while others depict the whole body. Their purpose seems to vary between examples, but it is likely they reflect both humour and a warning against immoral behaviour! 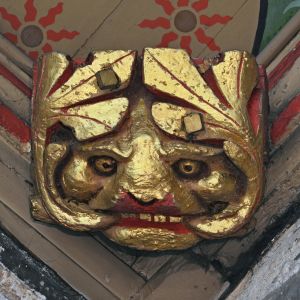 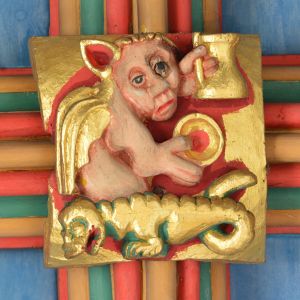 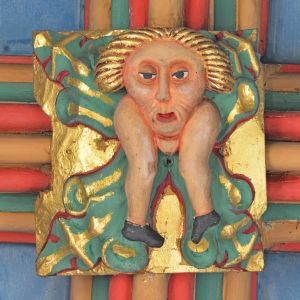 St Mary's church has over 600 ceiling bosses.  Many things are depicted, including people, animals, heraldry, mythical beasts and stories. Use the search box below to see what you can find!

Use the advanced search

All content on this site is license for non-commercial reuse under Creative Commons licence CC BY-NC 4.0. See our copyright page for further details.